Today is Father's day. I don't really do Father's day, it's like Halloween or Valentine's day - just another money-making Hallmark cards day.

But today, I am thinking about my Dad. I'm really bad at telling people I'm thinking about them. Take Christmas for example. I know it's nearly Christmas because the shops tell me (although, saying that, Christmas could be any time from August onwards. I spend most of the year in a permanent state of confusion). But despite the glorious/ vulgar reminders, do I remember to send cards or buy presents? No. Not because I don't care. Mostly because I forget.

Anyway, today I'm thinking about my dad, and what better way to tell him than to show the world how awesome I think he is?!

I remember how he rescued me the day I fell in a pond just after my brother was born. Ok, I don't remember the actual rescue, I was pretty concussed, but I remember standing on the wobbly paving slab and him telling me to be careful, and I remember him being with me at the hospital after I cracked my head open on said paving slab.

I remember when he got a car phone in his red car, in the early days of mobile phones. Think brick, with an actual wire connecting it to the car!

I remember the day we went to check on our neighbour's house while they were on honeymoon and we disturbed the burglars who had quietly been packing up all their belongings for two days previously. I mostly remember dad chasing them down the street and thinking how brave he was.

Since we moved to Wales, I remember my birthday when dad broke his skull playing rugby so he and my mum spent the whole day in A&E while I sat at home on my own playing my brothers' Nintendo64.

I remember watching him watch rugby. It didn't matter who was playing, he was so passionate about the game you could feel the walls shaking on the other side of the house. I used to think it was hilarious. Now I know where I get it from. 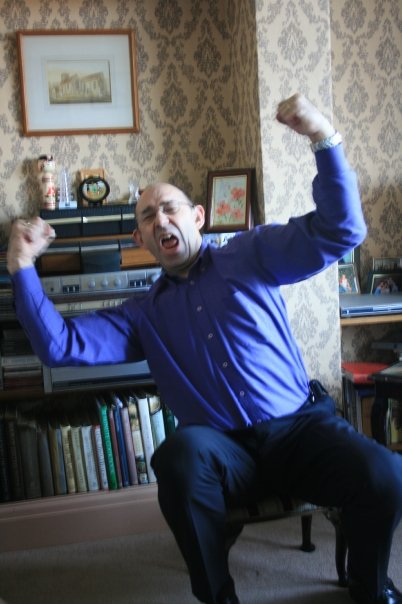 I remember when dad got really ill and could've died from some really rare disease, but he didn't, and that's pretty awesome.

I remember listening to all his vinyl albums over and over. I'm glad I inherited his awesome (terrible?) taste in music.  One of the most played songs, on one of the greatest albums - I dare you not to cry:

I remember the day I auditioned for the Welsh national youth choir and had to sing in the cathedral because the rehearsal room was being used, and I was terrified but dad sat at the back and he cried. Not because I was terrible (despite what I thought), but because he was proud of me.
I remember when he broke his leg, but walked round on it for a month before driving himself to get it x-rayed (and that was only because he'd taken me to the doctors when we thought I'd broken my arm. I hadn't.  I'm starting to see a pattern - I think I can work out where my accident-prone-ness comes from...)

I remember the day he drove me to Edinburgh when I started uni, and he showed me where he had lived when he was an undergraduate.  And I remember the day I flunked my degree and I phoned my dad and cried down the phone for what felt like ages. But at the end of it, he pointed out that he got a third from Edinburgh, so it wasn't all that bad!

I think my dad is pretty damn awesome. 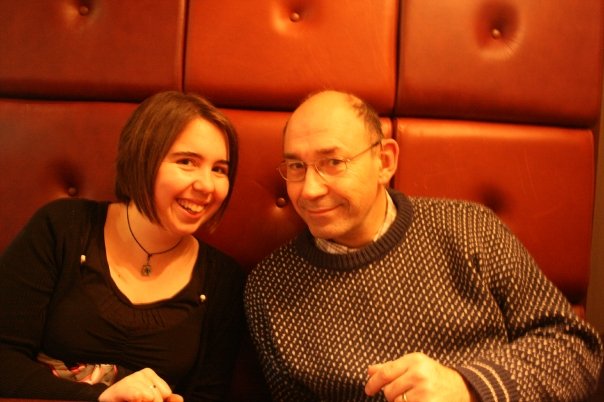 I am proud of my dad - for believing in himself and not being scared of it; for singing the harmony louder than the choir, the congregation and most of the village put together; for the care and compassion he shows for others, no matter who they are; for owning a million and one books I'm not convinced he's ever read but that he can tell you exactly where one is in one of his many bookcases/ piles on the floor; for his attempts to teach me chemistry even though I didn't have a clue; for giving me his high pain threshold but driving me to the doctor/ hospital/ A&E anyway; for giving me his love of rugby, even though I support Wales; and most of all, for believing in me when I don't believe in myself, which is a lot more often than I tell him.

I know my dad reads this, so I hope he doesn't mind (and if he does, he'll tell me soon enough), but today's post is dedicated to him.

Thanks Dad, for being awesome. Happy Fathers day.